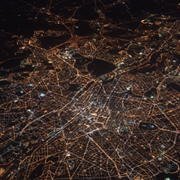 The £20bn (€23bn) National Grid UK Pension Scheme has further protected its future funding by entering into a £1.6bn buy-in with Legal & General.

Announced today, the transaction covers more than 6,000 pensioner members, including spouses from section B of the scheme, which is primarily for former employees of the gas industry.

The deal was funded with UK fixed interest securities held within the section. It comes on top of a recently disclosed £2.8bn buy-in that the pension scheme completed with Rothesay Life with respect to some pensioner and dependent members of Section A.

In a similar vein to their comments about the deal with Rothesay, the pension scheme and sponsor respectively welcomed the transaction with Legal & General as “another step in our de-risking journey” and “a further step in our long-term pensions strategy”.

Nearly £40bn of bulk annuity deals have been announced this year as improved pension scheme funding levels and better-than-ever insurer pricing have paved the way for record activity.

Martin Bird, senior partner at Aon, which advised the trustees, said they and the employer had “navigated through a busy bulk annuity market”.

Aerion Fund Management, the then in-house manager for the National Grid Pension Scheme, was sold to Legal & General Investment Management in late 2015.