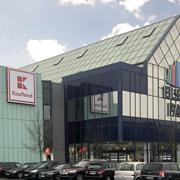 The UK state pension age will be frozen at its current level of 66 if the opposition Labour Party win the upcoming general election. At present it is scheduled to reach 67 by 2028.

Labour has also promised to compensate an estimated 400,000 women whom the manifesto says have been “pushed into poverty” by being given inadequate notice of the increase in their pension age, including equalisation of men’s and women’s state pension ages.

It says it will also legislate to prevent accrued rights to the state pension from being changed. The expected cost of this compensation – quoted as £58bn in the press –- has been widely criticised.

Other plans include maintaining the “triple lock” – the guarantee that the basic state pension will rise by a minimum of either 2.5%, the rate of inflation or average earnings growth, whichever is largest – which the Conservatives also commit to in their manifesto.

Labour will review retirement ages for physically arduous and stressful occupations, including shift workers, in the public and private sectors. It will also ensure that the pensions of UK citizens living overseas rise in line with pensions in the UK.

In the occupational sector, Labour says it will stop auto-enrolment into “rip-off schemes”, seeking to widen and expand access for more low-income and self-employed workers.

It will also establish an independent Pensions Commission, modelled on the Low Pay Commission, to recommend target levels for workplace pensions.

Legislation will be introduced not only to allow the collective defined contribution (CDC) scheme agreed by the Royal Mail and Communication Workers’ Union to go ahead, but to allow other CDC schemes to be set up as well.

In their manifesto, the Conservatives have promised a law which protects pension savings from being plundered by “reckless bosses” and creates a new style of pension scheme which is “more sustainable for workers and employers”. They will introduce a pensions dashboard, a measure which is also promised by Labour.

As part of its pledge to “unleash Britain’s potential”, the Conservative Party says it will unlock long-term capital  in pension funds to invest in and commercialise the UK’s scientific discoveries, creating a vibrant science-based economy.

More specifically, it will review the discrepancies between net pay arrangements and tax relief at source for pensions. This has meant that automatic enrolment contributions for savers earning between £10,000 and £12,500 are more expensive for those on net pay arrangements, penalising a number of workers, disproportionately women.

Finally – and not surprisingly – both parties have pledged to guarantee the winter fuel payment, free TV licences (though the Conservatives will hand responsibility to the BBC) and free bus passes as benefits for older people.

In a statement, which suggested disappointment with both the parties’ plans, the Association of Consulting Actuaries said: “There is no clear commitment to increasing automatic enrolment minimum contributions; no mention of extending pension freedoms to younger people to help with house deposits; and no proposal for simplification of the defined benefits pension regime.”

The statement continued: “We note that the Labour Party propose to scrap planned future increases [in the state pension age] and maintain the current age of 66. We are concerned about how long any commitment to a particular age can last before the cost becomes unsustainable and the pension age must once again be linked to improvements in longevity.”

He continued: “The Conservatives promise to reintroduce legislation which would change the scheme funding regime. Labour want to give directors new duties in respect of pension schemes, but their proposed share transfers, nationalisations [Labour propose bringing some utilities into public ownership], and taxes on financial transactions would affect assets.”

And he added: “Labour wants an independent commission to recommend ‘target levels for workplace pensions’ – it’s not clear if that means recommending minimum contribution rates. Neither party says when they’d make these contributions payable from the first pound of earnings.”