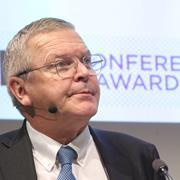 MITT, the €3.2bn Dutch pension fund for the textile sector, said it wanted to temporarily reduce annual pensions accrual from 1.6% to 1.5% in order to minimise the chance of rights cuts in 2021.

It explained that the measure would set the scheme on a course to a funding of 100% at 2020-end.

The pension fund had to come up with a new contribution proposal after it had charged a premium of 24% of the pensionable salary in the past five years.

“Continuing the current arrangements is likely to lead to a coverage ratio of 99% at the end of next year, which would mean a 1% cut if the minimum required funding were to be 100%,” explained Gaby Lammers, the pension fund’s chair.

“Preventing this is very important. As we need to raise our contribution to a costs-covering level, and also must factor in lower future returns on investments, we already expected a significant premium rise for 2021,” he pointed out.

The contribution increase must enable annual pensions accrual to return to 1.6%.

Recently, social affairs’ minister Wouter Koolmees decided to temporarily reduce the minimum required funding to 90% in order to avoid a reduction of pension rights and pensions pending the elaboration of the pensions agreement set in June.

In the direct wake of the accord, the minister had already decided to decrease the minimum required coverage from 104.3% to 100% for the same reason.

Dutch insurer Aegon has confirmed that it wants to switch pensions accrual for its 3,800 staff from an insured plan to individual defined contribution (IDC) arrangements.

It said continuing the current insured pension plan – carried out by the sponsor – was no longer affordable.

The trade unions as well as the central works council (COR) have approved the plan.

The unions said the employer had declined to discuss the alternatives suggested by them, including joining a consolidation vehicle (APF) or an industry-wide pension fund.

Aegon, which has a low-cost defined contribution vehicle – Aegon Cappital – said it hadn’t yet completed the selection process for a new provider.

The recent negotiations between Aegon and the unions in particular focussed on the compensation of workers for the shift of risks to staff.

Although Aegon insisted that it would come up with a compensation deal, it declined to provide details.

Trade union De Unie, in turn, said its members weren’t very satisfied with the compensation proposal, but they had agreed because it was the best result achievable.

The new IDC plan is to come with an age-dependent contribution.