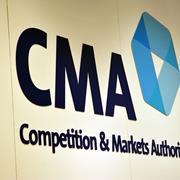 UK pension consultants and fiduciary managers have been scaling up resources to cope with an expected large increase in the number of new mandates coming to market from next year.

From 10 December 2019, UK pension schemes must run a formal tender process for any fiduciary mandate that exceeds 20% of scheme assets. For those that have already outsourced investment functions to a fiduciary, this must be retendered within five years.

This is expected to put a greater burden on providers, according to Sion Cole, head of UK fiduciary business at BlackRock.

“Historically there has been 80-100 new mandates a year and we would expect that to continue into the future,” he said. “On top of that you have the retenders, and estimates are somewhere in the region of 400. When you bring those together you have about 160 mandates coming to market every year for the next five years.”

According to KPMG’s 2019 survey of the UK fiduciary market, there were 946 mandates in total with £172bn (€202bn) in combined assets, marking an 83% increase in mandates and 139% increase in assets in the past five years.

It has been almost a year since the Competition and Markets Authority (CMA), the UK’s competition watchdog, called for mandatory tendering of fiduciary mandates as one of its “remedies” for the investment consulting and fiduciary management industries to boost competition. Since then, some of the country’s biggest providers of fiduciary services have been hiring new staff to prepare for the requirements.

Companies including Barnett Waddingham, BlackRock, LCP, Mercer, MJ Hudson, SEI and Willis Towers Watson have all added resources in the past 12-18 months, they confirmed to IPE.

Peter Daniels, head of Barnett Waddingham’s FM Evaluate service, said his company expected “quite a large pickup in demand over 2020-21 and subsequent years”.

“There are hundreds of mandates which are captured by this mandatory requirement,” he said. “Over the last month or so we’ve seen that start to pick up but we haven’t seen the full extent of work coming to market yet.

“We are making sure that we have enough people to be able to advise clients, but also we are developing our services so that they can be delivered in a way that can easily respond to the pickup in demand.”

Ben Gunnee, UK head of fiduciary management at Mercer, said trustees had “a large degree of flexibility” regarding how to implement tenders, from a full market review to a desktop exercise.

“Trustees need to understand the options and undertake an exercise that best suits their needs,” he said. “Overall, we expect it will be a very busy time for trustees and fiduciary management providers during 2020 and 2021.”

Tim Giles, EMEA managing director of investment at Aon, said: “We have had plenty of time to gear up fully for what may be a significant increase… We have the resources in place to maintain our focus on existing clients while also making the most of the new opportunities that are likely to emerge.”

For some firms, more rigorous tenders have already started. André Kerr, head of fiduciary management oversight at XPS Pensions Group, said the listed consultancy had already started helping clients through retenders and had introduced a “streamlined” process that allowed existing fiduciary manager clients to comply efficiently with the new rules.

Last week, The Pensions Regulator (TPR) published a detailed guide for trustees, detailing the requirements. Tenders must include at least three independent providers, but TPR said more would likely be “prudent”. Trustees must also fully document the tender process.

TPR also indicated it would provide further guidance on how to assess fiduciary manager performance once the proposed industry standard had been approved by the CMA.

CFA Institute has acquired the intellectual property rights to the voluntary fiduciary management performance standard developed by IC Select and TPR said it was proposing to submit the revised standard to the CMA for approval by 10 December.