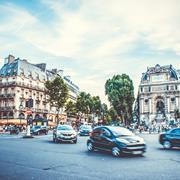 BlackRock has pointed to the UK multi-employer pension scheme NEST as an example of a vehicle France could consider setting up to encourage employer take-up of a new type of pension scheme introduced by legislation.

In a comprehensive note on the “Pacte” law, a group of BlackRock senior staff also suggested that authorities consider eventually imposing auto-enrolment, making it obligatory for employers to offer a pensions saving scheme to employees – or, in the case of the self-employed, to sign up to a scheme once certain revenue conditions were met.

In return for imposing such an obligation, BlackRock said, the French government could consider setting up a national structure like the UK’s National Employment Savings Trust – better known as NEST – to encourage employers to offer the new pension plan introduced by the Pacte law and close any gaps in private sector pensions coverage.

NEST was set up by the UK government in 2011 to help implement its auto-enrolment policy, and today the £4.5bn (€5.1bn) defined contribution master trust has more than 8m members across thousands of employers.

Another measure recommended by BlackRock was the creation of a “dashboard” to display individuals’ pension entitlements across the three pension pillars once reform of the country’s public pension system was complete.

In France, the first and second pension pillars refer to the pay-as-you-go public pension system, which includes a social security entitlement (first pillar) and complementary pension provision linked to professional status (second pillar). The two elements are the focus of a major reform being prepared by high commissioner Jean-Paul Delevoye, who is due to publish a report setting out his ideas this year.

The third pillar refers to funded pension vehicles that individuals or employers can subscribe to voluntarily, and is addressed by the Pacte law.

Passed by the French parliament in April, it aims to catalyse domestic economic growth by developing equity financing. Outside the public pension system, the French mainly save for retirement using life assurance products – invested mostly in fixed income assets – and bank savings accounts such as the “Livret A”, with workplace pension schemes such as the PERCO seeing less take-up.

The pensions reform element of the Pacte law centres on the introduction of a standardised pensions saving product called Plan Epargne Retraite (PER), with features aiming to make workplace or individual pensions saving more attractive. The PER market will be open to asset managers.

Regulations setting out the detailed implementation measures for the PER could be published later this summer, according to French media reports.