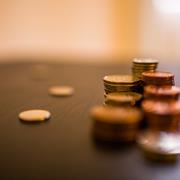 Legal & General Investment Management has recently become a member of an investor group that today wrote to 15 of the largest UK-listed companies about paying their staff a fair wage.

The Living Wage Investor Coalition now counts 29 institutional investors with £2.4trn (€2.8trn) in assets under management, according to ShareAction, which coordinates the campaign.

The letters were sent to companies with “economically vulnerable staff” such as Just Eat and Royal Mail, and followed the announcement of new rates by the Living Wage Foundation earlier this month. The rates are higher than the National Living Wage of £8.21 per hour, which is the legal minimum for workers aged 25 and over.

According to ShareAction, investor understanding and support for the Living Wage is “continually building”.

Mara Lilley, campaign manager at ShareAction, said: “We’re pleased that this progressive group of investors is using its influence to ensure workers don’t suffer the indignity of ‘just scraping by’.”

Thirty-eight FTSE100 companies are accredited as a Living Wage employer.