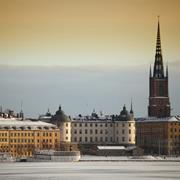 While major Swedish pension providers Skandia and Alecta fall on different sides of the EU-led solvency regulation frameworks still taking their final form in the domestic rule book, both express dissatisfaction with the continued lack of clarity on pensions law.

On 13 November, the Act on Occupational Pensions Companies  Sweden’s implementation of the EU’s IORP II directive which is also entitled “A new regulation for occupational pension companies” – was passed by parliament.

But at the same time, the legislators made a strong request for urgent adjustments in four areas of the legislation.

They demanded more detail regarding solvency requirements; clarification of certain issues around information to customers through a third party, in cases of outsourcing; that occupational pensions for the self-employed should be included in the legislation, and that companies solely offering added insurance related to the occupational pension offered by another pension company or IORP should themselves be allowed to transform into an IORP.

Two days later, the Ministry of Finance published a memorandum clarifying some questions about how occupational pension companies will be affected by the new laws affecting pension providers.

In this, the government addressed several different issues and proposed some amendments to laws, including the Insurance Operations Act, which is partly based on Solvency II, and the Act on Occupational Pensions Companies.

These changes are mainly aimed at clarifying the implementation of the IORP II and Solvency II directives, and there are some proposals for minor adjustments in the association rules for insurance companies and occupational pension companies.

However, the memorandum was not prompted by the demands from parliament, and the ministry said these issues were being addressed separately.

Mattias Munter, head of public affairs at insurance company and pension provider Skandia, said the company was not really happy with the way this legislation was progressing for pension providers.

“It is not in anyone’s interest that there is still quite a bit of uncertainty as to the details of this legislation,” he told IPE.

“The smaller pension funds that abide under a legislation that is already annulled need the clarification most urgently, but for ourselves at Skandia there are also big strategic decisions to be made and we need to see the whole picture to be able to make those,” he said.

Munter said the company expected that virtually every aspect of the IORP II law would end up being softened.

“This is due to late and extensive lobbying from union and employers’ associations and their own soon to be occupational pension companies,” he said.

Asked for its opinion about the progress of the legislation, pension provider Alecta’s chief executive officer Magnus Billing attributed the delay to an irony at the heart of efforts to create the new law.

“But that is not actually the case, there is still an ‘if’ for us in all of this — because all the details are not yet known — when there should simply be  a ‘when’,” he said.

Billing said a fundamental reason why this ‘if’ was still there, was that the ambition to harmonise Solvency II and the Swedish implementation law for IORP II had gone very far.

“And along the road, one of the main purposes of IORP II has to some extent been lost – namely to establish a regulatory framework specifically for occupational pension activities,” he said.

Managing imbalances was an important focus of EU legislative work, he said, but the parties in the Swedish labour market had already created a balance in the collectively-agreed occupational pension that made sure pensioners were well protected in Sweden.

Deadlines for IORP II implementation in Sweden have come and gone over the last two years, and the latest date of 15 December now seems certain to be missed. Last week, one member of parliament was quoted in the Swedish media as saying the changes could be in effect by May 2020 according to the current time frame.