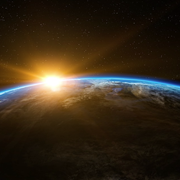 Institutional investors are not making the most of the powerful tool of stewardship – managing the companies they co-own responsibly – according to ESG body The PRI Group, which is now launching a stewardship programme in a bid to promote positive behaviour.

The United Nations-supported organisation is not the only responsible investor group to target stewardship, with the Institutional Investors Group on Climate Change (IIGCC) having listed the concept as a focus area for 2020 in its recently-published annual report.

In a blog post, Paul Chandler, director of stewardship at the PRI, said: “The ills of society continue because many institutional investors have been reluctant to use the influence they have.”

Where they had used this influence, he said, investors had taken tentative steps, focusing on the short-term and on individual holdings rather than the bigger picture.

“Exacerbating this problem is that many investors have not properly resourced policy advocacy functions that could move the needle on some of these issues,” Chandler said.

There were examples of positive investor action, he said, citing the foundation of the PRI itself in 2006 and successes as part of Climate Action 100+, where companies such as Shell had committed to set three emissions targets. “Unfortunately, these successes are the exception, not the rule,” he added.

The PRI released a discussion paper on Wednesday setting out ideas on the topic, entitled “Active Ownership 2.0: the evolution stewardship urgently needs”.

The paper puts forward the case for change, explains how “investor myopia” limits the potential of stewardship, and proposes an aspirational higher standard for evolved active ownership, Chandler said.

Investors owed a ‘best interests’ duty to their beneficiaries, he argued in his blog, but said their collective influence – which he termed their stewardship – was at serious risk of failing to deliver both the long-term returns and the society and environment that was demonstrably in these citizens’ best interests.

“Our global economy is hurtling us towards three or more degrees of warming, and irreversible tipping points in our climatic system,” he said, adding that this was driving income inequality to levels last seen in the 1920s.

Last week the IIGCC released its 2019 annual review, in which its stated ambitions for 2020 included two targets for stewardship.

The organisation aims to ratchet up work on advanced stewardship strategies that investors can use to align equity investments with the goals of the Paris Agreement.

It also plans to survey the state of stewardship best practices with a working group, then reviewing the findings and pinpointing best practices and emerging approaches that investors can use, according to the report.