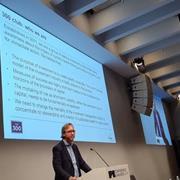 The large Dutch metal sector schemes PMT and PME said they would keep both their contributions and pensions accrual at the same level for next year.

They have accepted that their premiums would not be costs-covering yet in 2020, but announced they would raise contributions significantly in the subsequent year.

The €86bn PMT and the €50bn PME have taken into account the recent request made by social affairs’ minister Wouter Koolmees to keep premiums and accrual stable in 2020.

He had argued that this would be fair to pension funds’ active participants after his decision to spare pensioners by postponing rights cuts.

PMT said it would keep its premium at 22.2% of the pensionable salary, while PME stated that its contribution would remain at 22.7%.

Their current annual pensions accrual of 1.875% – the maximum tax-facilitated level – would not change either.

PME said it considered 2020 as an “interim year”, following the pensions agreement of June 2019.

This would enable the schemes to increase their contributions to 27.98% and 26.41%, respectively.

PMT said its new premium would apply for a three-year period, with several interim evaluations, which could lead to an accrual reduction.

The fact that its current contribution had been fixed for five years had, in the opinion of the scheme’s supervisory board (RvT), been too low and had contributed to the looming rights cuts for 2020.

The reduction of pension rights was only averted as a result of the minister’s decision to temporarily lower the minimum required funding to 90%.

PME said it would consult trade unions and employers no sooner than 2020-end about the exact contribution for 2021.

However, they said the minister’s request for a stable contribution hadn’t played a role in their decision.