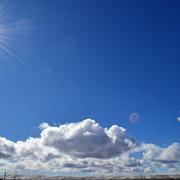 Large asset managers are “collectively failing” to do enough to drive corporate action in support of international climate goals, according to a think tank.

According to UK-based InfluenceMap, of the world’s 15 largest asset managers only Allianz, Legal & General Investment Management (LGIM) and UBS Asset Management “strongly and consistently” engage with investee companies about aligning their business models to meet the Paris Agreement goals.

Some other European managers, like AXA, were not far behind in performance on climate engagement, the think tank wrote, while US firms such as BlackRock and Vanguard “call on companies to consider climate risks but do not drive behaviour change around climate models or policy lobbying”.

Thomas O’Neill, research director of InfluenceMap, said: “If global asset managers wish to support the Paris Agreement and remain invested in the automotive, power and fossil fuel industries then they must engage robustly with companies in these sectors to accelerate their switch to low carbon technologies and ensure their policy lobbying supports climate targets.”

The think tank said its study was the first study to analyse the nature of asset managers’ engagement with companies with regard to climate change, “highlighting the fact that the global leaders’ shareholdings and relationships give them huge leverage to drive corporate action to support the Paris Agreement”.

O’Neill said previous research had either looked at asset managers’ portfolios or their voting behaviour.

“I’ve never seen anyone take an eclectic look at the sum of the engagement activities of the asset managers,” he told IPE.

The organisation used the UK’s new Stewardship Code – which takes effect from January next year – to benchmark the quality of asset managers’ engagement.

The engagement score that InfluenceMap assigned to asset managers has many components. The think tank defines engagement as referring to all investor actions undertaken to influence the management strategy of investee companies, including: questions at AGMs and other company meetings, comments in the media or public fora, and filing of shareholder resolutions and voting.

A spokeswoman for BlackRock said the firm “put a priority on engaging with a company on addressing climate-related issues” and engaged with 370 companies globally on the topic of climate risk in the past two years. She also noted that BlackRock had the largest stewardship team in the world.

O’Neill said leadership was shown by organisations such as Legal & General because they had “sophisticated frameworks and enforcement mechanisms to transition the behaviour of companies towards Paris alignment”.

“BlackRock appears to engage with a large number of companies, pushing them on disclosure and climate risk management,” he said. “This is reflected in our online scoring of BlackRock, which was shared with them.”

The BlackRock spokeswoman also pointed to the firm’s activities away from company engagement, saying it offered product choices to investors that wanted to avoid specific sectors, and invested heavily in research demonstrating the relationship between sustainability issues, risk and long-term value creation.

InfluenceMap said the methodology applied by its ‘FinanceMap’ team was developed in consultation with leading global asset managers, with O’Neill naming Hermes Investment Management, LGIM and Sarasin as having provided input.

He also said the think tank “iterated” its approach with the wider market, having approached all of the asset managers it ended up identifying in its report and obtaining “a high level of feedback”. “We would have adapted the methodology if we thought we got something wrong,” said O’Neill.

O’Neill also told IPE that InfluenceMap had input from individuals at asset owners such as the Church of England Pensions Board (CEPB) and Sweden’s AP7.

AP7 brought the perspective of a universal owner, which was at the heart of InfluenceMap’s work, said O’Neill.

In its report, the think tank said it recognised asset owners’ important and growing role in shaping portfolios and driving the corporate engagement process and would probably expand its finance project to cover asset owners.

The Principles for Responsible Investment recently said institutional investors were not making the most of the powerful tool of stewardship, and has launched a programme to promote more positive investor action.

InfluenceMap’s report can be found here.