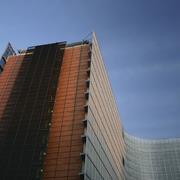 Institutional investors are being called upon to support the implementation of an EU green bond standard.

The standard, which should be voluntary, should be created by the European Commission by way of a “recommendation” rather than a mandatory legal framework, according to the technical experts group (TEG) advising the Commission on its sustainable finance action plan.

In an interim report on the work of the TEG’s green bond sub-group, it also recommended the Commission establish “an ambitious” disclosure regime under which institutional investors would have to periodically report “EU Green Bond” holdings or explain why they did not provide this information – known as a “comply or explain” regime.

Citing the experience of France’s “Article 173” reporting regime, the TEG said mandatory disclosures for institutional investors, even under a flexible approach, could increase the credibility of a standardised EU green bond market and “have a major impact on the demand”.

The TEG also said that investors were “encouraged to adopt the requirements of the EU green bond standard when designing their green fixed income investment strategies and to communicate their commitment and their expectations actively to green bond issuers as well as to underwriters”.

.@EU_Commission ’s Expert Group on #SustainableFinanceEU has presented a first proposal for an EU Green Bond Standard. Now we need your feedback! ????????????????
Share your views with us by APR 3: https://t.co/zeFtRekwy4 #sustainablefinance #greenfinance #greenbonds #cbi19 #CBIAC19 pic.twitter.com/7PEXWo1L0z

It noted that many European institutional investors had helped develop and promote best practices and standards in the past by making their expectations known through public statements by investor coalitions, such as the Green Bond Pledge.

The TEG believes creating the standard will help the green bond market grow further. According to the group, there were several barriers to this, such as concerns about reputational risks from potential adverse publicity about the “greenness” of deals, uncertainty about the type of assets and expenses that can be financed, and the absence of clear economic benefits for issuers.

To resolve some of these issues, the TEG proposed that the EU green bond standard should build on the EU’s “taxonomy” of environmentally sustainable economic activities, currently in development.

It has also proposed a standardised verification process and an accreditation scheme for external reviewers.

The TEG suggested the creation of a temporary grant scheme to offset the additional costs of verification for issuers. It pitched this as an incentive in addition to the proposed disclosure regime for institutional investors.

The group is seeking feedback on its recommendations.

The TEG is due to present its final report to the Commission in June. The Commission will then decide on the next steps with respect to a potential green bond standard and other potential measures, after further public consultation.

Speaking about the TEG’s work at the Climate Bonds Initiative conference in London yesterday, Olivier Guersent, director general in the Commission’s financial services department, highlighted the interim nature of the report, and encouraged delegates to fill out the online survey.

Asked whether the standard could be too stringent, he said: “There may be an issue on stringency, with a view to giving higher credibility to the process to allow the green bond market to flourish further.”

The online feedback survey is open until 3 April and can be found here.