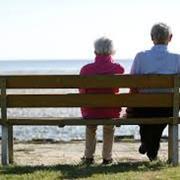 BVI, the German association of insurers, investment companies and building societies, has presented a five-point plan aimed at radically simplifying the retirement system. The aim is to deliver better returns and to lower costs for savers, thus encouraging a stronger uptake.

The disclosure was triggered by the extremely low interest rates environment and a stagnating uptake, which are making a reform of state-sponsored private retirement plans a matter of urgent necessity.

The BVI is suggesting that:

BVI is asking the German government to call an early meeting with providers in order to realise its aim of strengthening private retirement planning by the first half of 2020. The proposed reform initiatives offer considerable cost-cutting potential. Close cooperation between providers and the government is vital in order to achieve this, BVI stated.

The association sees ongoing development of the current system as being a substantially more convincing reform approach than switching to a different system altogether.

Suggestions, such as a virtually compulsory Deutschland-Rente, as proposed by the Government of the Federal State of Hesse, or the “extra pension” advocated by the Federation of German Consumer Organisations (vzbv), place a burden on employers.

A radical change to the system, more or less compulsory, without minimum protection for investors, would produce considerable insecurity among the population, the BVI concluded.