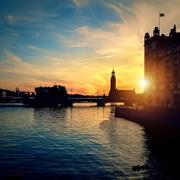 Swedish pension provider Folksam has axed more than half of the holdings in its SEK80bn (€7.4bn) foreign equities portfolio, bringing the number of individual stocks down to 500 in a bid to improve the allocation’s sustainability.

The reshuffle – which also affected Folksam’s subsidiary KPA Pension – took place between the end of March and mid-April and was expected to reduce the portfolio’s carbon footprint by 20%, with the energy sector weighting having been halved compared to the reference index.

Michael Kjeller, head of asset management and sustainability at Folksam, said: “The change we have made to equity investments is powerful, but we still see it as a first step.

“We now have an excellent platform for further strengthening our influence, while our work on the change has built knowledge that we will benefit from greatly in the future.”

Kjeller added that Folksam had both the ability and the desire to take further steps to contribute to a more sustainable world.

Folksam said that, having previously excluded companies generating more than 30% of sales from coal, it had decided to blacklist companies deriving more than 10% of revenue from oil sands extraction. Oil sands was a high-risk area with a major climate and environmental impact, the provider said.

Kjeller said the firm began improving the sustainability of its portfolio by making large investments in green bonds and methodically reducing the energy consumption of its real estate holdings.

“In parallel with this, we have been analysing how we can change our equity investments in the same direction without sacrificing the return,” he said.

The pensions and insurance group was among a number of pension funds that recently called for EU political leaders to endorse a long-term decarbonisation strategy to achieve climate neutrality by 2050. In an open letter the investors stated that, though pension funds were moving their investments towards this goal, investors could not do it alone.