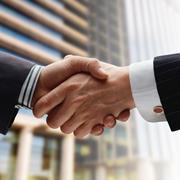 Legal & General (L&G) and Pension Insurance Corporation (PIC) dominated the UK’s pension de-risking market in the first half of the year as transactions hit a record £17.6bn (€19.1bn).

Multi-billion pound deals involving the defined benefit funds for Rolls-Royce and Marks & Spencer also meant the 12-month period to the end of June 2019 was the busiest ever recorded with £34bn worth of transactions, according to consultancy LCP.

L&G led the way with £6.3bn of new business, according data compiled by LCP. This included the £4.6bn Rolls-Royce buy-in, announced in June.

PIC completed £6bn worth of de-risking deals in the first six months of the year, including a £930m buy-in for Commerzbank’s UK pension scheme.

“Our team has had its busiest year to date, completing a record of £10bn deals so far in 2019 as large blue-chip companies increasingly seek specialist support to de-risk their schemes.

“Insurer pricing has held up well and we continue to expect 2019 full year buy-in and buyout volumes to exceed £30bn as large transactions compete for market capacity in the second half of the year.”

Despite the size of the deals completed this year – and the fact that most insurance companies were reporting full pipelines of new business – consultancy group Aon said schemes were still able to access “strong pricing opportunities” for de-risking transactions, regardless of size.

In a report into first-half activity, Aon stated: “While the large deals may catch the eye, there are still opportunities for smaller schemes to attract competitive pricing.

“For sub-£30m transactions, insurers and schemes are tailoring their approach to make these deals as efficient and manageable as possible. In many cases we are seeing smaller schemes achieve comparable yields to the largest transactions.”

“These transactions allow us to reinvest these pension funds into the UK economy in areas such as affordable housing, renewable energy and transport,” she added, “benefiting our cities, future generations and the wider economy.”