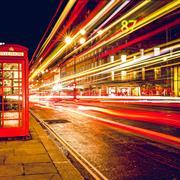 Andy Cox is standing down as head of Aon’s retirement practice in Europe, Middle East and Africa (EMEA) after more than seven years at the helm.

Cox, who is leaving the firm by mutual agreement, “intends to pursue a portfolio of other opportunities inside and outside the retirement arena”, a spokesman for the company told IPE.

“He will continue to support a smooth transition of his client, board and management responsibilities,” the spokesman said. “We thank him for his contribution and wish him well in the next chapter of his career.”

Cox, who began his career almost 30 years ago as an actuarial trainee at Bacon and Woodrow, worked his way up to become UK managing director of Hewitt Associates. When the company was taken over by Aon in 2010, he became chief executive of the UK and Ireland operations, before taking on his current roles.

Along with being Aon’s CEO in EMEA for retirement and financial management, Cox is also chair of its global investment consulting business.

In its latest figures, Aon stated it had $3.3trn (€2.9trn) in global assets under advisement and management, with 17% of revenues coming from its retirement business.

Aon is to begin searching for his replacement. In the interim, Michael Clare, currently head of its EMEA retirement business, will assume Cox’s responsibilities and oversee the EMEA and Asia Pacific investment business.

Cox is the second significant departure from the firm in the past year. In February, Sion Cole, who was responsible for Aon’s burgeoning fiduciary management team, exited the company for a similar role at BlackRock.