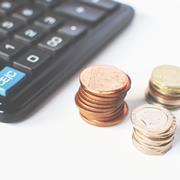 The average fee for an actively managed global equity mandate for a UK institutional investor has fallen by 11% since 2017, according to LCP.

In its latest Investment Management Fee Survey, the consultancy cited increased competition and downward pressure from low-cost index trackers as the main reasons for the fall.

It added that the largest contributing factor to declining fees was decreasing allocations to active equity mandates.

LCP calculated that, as a result of DB schemes changing their asset allocations since 2010, the average scheme was paying more in fees to credit and liability-driven investment managers than to equity managers.

Fixed income costs on the rise

While the average fee for actively managed global equity had decreased by £40,000 for a £50m mandate, the cost of a similar-sized corporate bond mandate had risen by £35,000.

LCP suggested that the increase in fixed income fees could be due to pension funds’ demand for bespoke and more sophisticated fixed income strategies.

“This illustrated the need to ask managers to explain and justify these costs,” said LCP.

Matt Gibson, head of investment research at LCP, said that falling investment manager fees had allowed investors the opportunity to renegotiate their fees to the new market level.

However, he highlighted that reduced costs didn’t always result in value for money “as fees and costs should be considered against the value created by the investment manager”.

The LCP survey found that transaction costs for global equity and corporate bonds added 25% and 45%, respectively, to asset management costs on average.

It noted that, despite regulatory pressure, many asset managers had not been able to provide detailed transaction cost information, only providing a full breakdown of these costs for 170 of the 677 surveyed products.

LCP said that a change in regulation at the end of 2017 had allowed for accurate and comparable analysis of transaction costs data for UK institutional investors for the first time in the history of the survey.

The LCP survey was conducted among 71 asset management organisations and covered 49 asset classes.